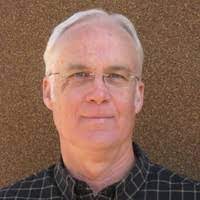 Water and its critical role in new energy economies was on everyone’s mind at a recent public workshop convened June 14 by the Intermountain West Energy Sustainability and Transitions initiative. As the 120-plus stakeholders, public officials, and interested citizens in attendance learned, technical experts are evaluating how water is used in key carbon-neutral energy technologies and exploring water-saving approaches to ensure water won’t be a barrier to energy transition.

The participants were lending their voices to the place-based work I-WEST is doing to develop a roadmap to a carbon-neutral energy economy across the Intermountain West region.

As workshop panelist Tom Lowry, of Sandia National Laboratories, succinctly put it, “You need water to create and access energy.” That goes for traditional fossil-based energy and hydropower, as well as for the carbon-neutral technologies of hydrogen; bioenergy; and carbon capture, utilization, and storage that I-WEST is assessing.

The water workshop featured technical presentations about water use in the region, while roundtable discussions gave workshop attendees the chance to ask wide-ranging questions, express their concerns, and share ideas.

Information gleaned from this public workshop and others will help shape the energy-transition roadmap, which I-WEST will summarize in a final report later in 2022. The report will outline the needs and concerns of the people in the region, the technologies that can be most appropriately deployed regionally, the resources available for carbon-neutral energy, potential industry partners, and the economic and policy landscapes. Carbon-neutral energy systems don’t add new carbon dioxide to the atmosphere and are vital to limiting climate change.

Video of the workshop can be viewed on the Events page.

Water usage for energy today and into the future

The technical presentations in the introductory segment of the workshop covered current regional water usage for daily consumption, agriculture, and energy production and reviewed non-traditional water resources, such as produced water from oil and gas extraction.

Lowry pointed out that between 4% and 8% of U.S. energy consumption is related to water, including pumping for irrigation, treatment for drinking, and moving water where it is needed. He noted that agriculture uses the lion’s share of water in the region—84%—followed by municipal, industrial, thermoelectric generation (fossil-fuel power plants), and mining.

Bruce Thomson, of the University of New Mexico, discussed the linkages between all forms of energy and water, and he reviewed the energy and water resources and associated challenges in the Intermountain West, focusing on New Mexico. Noting that water resources in the arid southwest are limited and over-allocated, he stressed that the effects of climate change are expected to intensify water shortages, which are complicated by multiple legal disputes at federal, state, and local levels.

Drilling down into the climate change theme, Katrina Bennett, a Los Alamos hydrologist, focused on research that found rising temperatures would limit the amount of water available as groundwater and in regional rivers and streams. Climate change will also reduce mountain snowpack, cause earlier snowmelt runoff, and trigger increasing and more-frequent extreme events, such as flooding.

A series of lightning talks by panelists focused on the water needed for transitioning to carbon-neutral energy technologies, specifically low-carbon electricity, hydrogen, carbon capture and storage, and biofuels.

Mary Ewers, of Los Alamos National Laboratory, discussed water usage for low-carbon electricity generation, pointing out that coal-fired power plants currently use the most water, principally for cooling, but that increasing the efficiency of electricity generation reduces the cooling load and thus the water consumption.

Troy Semelsberger, also of Los Alamos, pointed out that, while water management is a significant hurdle in the energy transition, it’s not “a nail in the coffin” of moving toward carbon-neutral energy. Focusing on hydrogen production, he said the amount of water for steam-methane reforming in the blue-hydrogen process, which makes hydrogen from natural gas, isn’t a “showstopper.” Using electricity generated by solar or wind power to produce green hydrogen (no carbon by-product) from water electrolysis uses even less water. Overall, blue and green hydrogen are likely to positively impact overall water availability and resource management in region.

In another lightning talk on carbon capture, Los Alamos’ Jim Gattiker reviewed water use for carbon capture and storage, pointing out that this technology, too, is not expected to adversely impact water resources. In a related talk, Derek Vikara of the National Energy Technology Laboratory emphasized that carbon capture could potentially generate new water sources, if carbon is stored underground by removing saline water in geologic formations.

Babetta Marrone, of Los Alamos, discussed the important role of bioenergy in meeting low-carbon energy goals. Biofuels can be produced from a variety of feedstocks, including crops such as corn, corn byproducts, and algae, with varying water needs. Low-water-use approaches include using forest resources, such as dead or burned trees, and produced water, which is a byproduct of oil and gas drilling. Algae can clean up municipal wastewater, Marrone said, and then be harvested for biofuel production.

In the third segment, Mike Hightower, of the New Mexico Produced Water Consortium, discussed using brackish water and produced water for developing carbon-neutral energy. For instance, he pointed out that using produced water for carbon capture and storage would avoid relying on freshwater resources. John Byrom of PESCO, Inc. presented a case study of treating nontraditional sources of water from the oil and gas industry and desalination.

Audience questions ranged across a wide variety of topics, from storing water underground through aquifer storage and recovery to the need for flexibility in operating the dams on major water storage reservoirs in the Colorado River Basin.